4th Edition of the DCH Forum on Trends in Human Resources 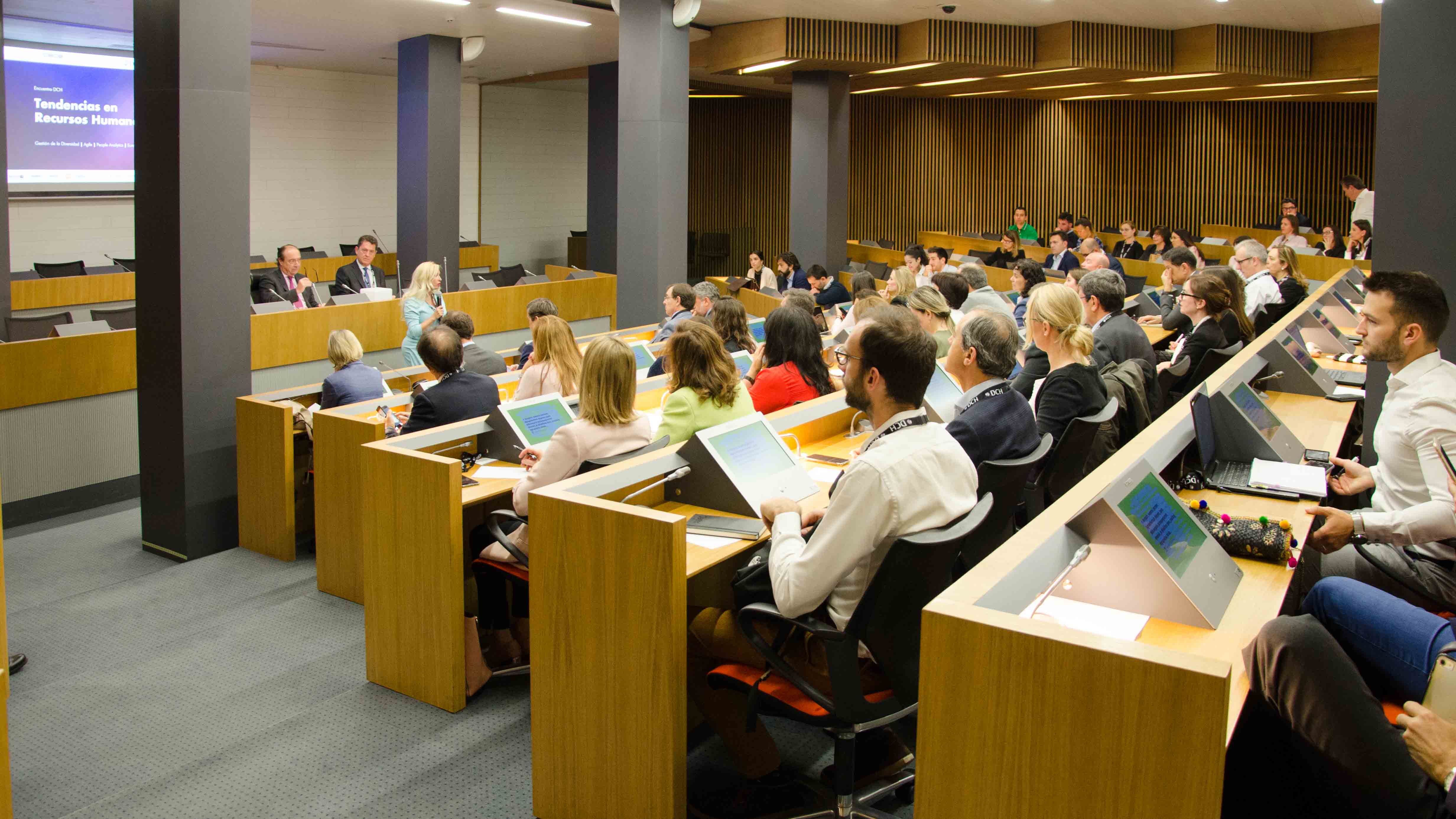 Diversity, integration, new forms of work, technology, health and sports, keys for companies of the new era.
DCH – International Organization of Human Capital Executives, has celebrated the IV edition of the DCH Meeting on Trends in Human Resources management of human capital at the headquarters of CEOE Madrid, being Partner Impulsor Inserta Empleo.
José Alberto González-Ruiz Martínez, General Secretary of CEOE and Juan Carlos Pérez Espinosa, President of DCH have welcomed. With the Intervention Montserrat Balas, Director of Marketing and Communication of Inserta Empleo, as Master of Ceremonies, has started this Meeting on trends in the forefront of Human Resources

The meeting began with the presentation of the Study on Talent and Generational Diversity, of the Observatory of Management and Talent in the hands of Ángeles Alcázar, talking about the different generational groups, their strengths, situation and concerns, from the generation of Baby Boomers to Generation Z.
After this intervention, a Meeting of Experiences on Gender Diversity and Generational Diversity took place, in which Ángeles Alcázar, Managing Partner of the Observatory of Management and Talent, Marta Cotrina, ENDESA and Talent and Magda Male- Alos, Director of Strategic Projects of COCA-COLA EUROPEAN PARTNERS and Vice President and head of the Development Committee of EJE & CON. The table has been moderated by Gabriela Uriarte, Director of the Promotional Project and Deputy Director of Training of the CEOE. 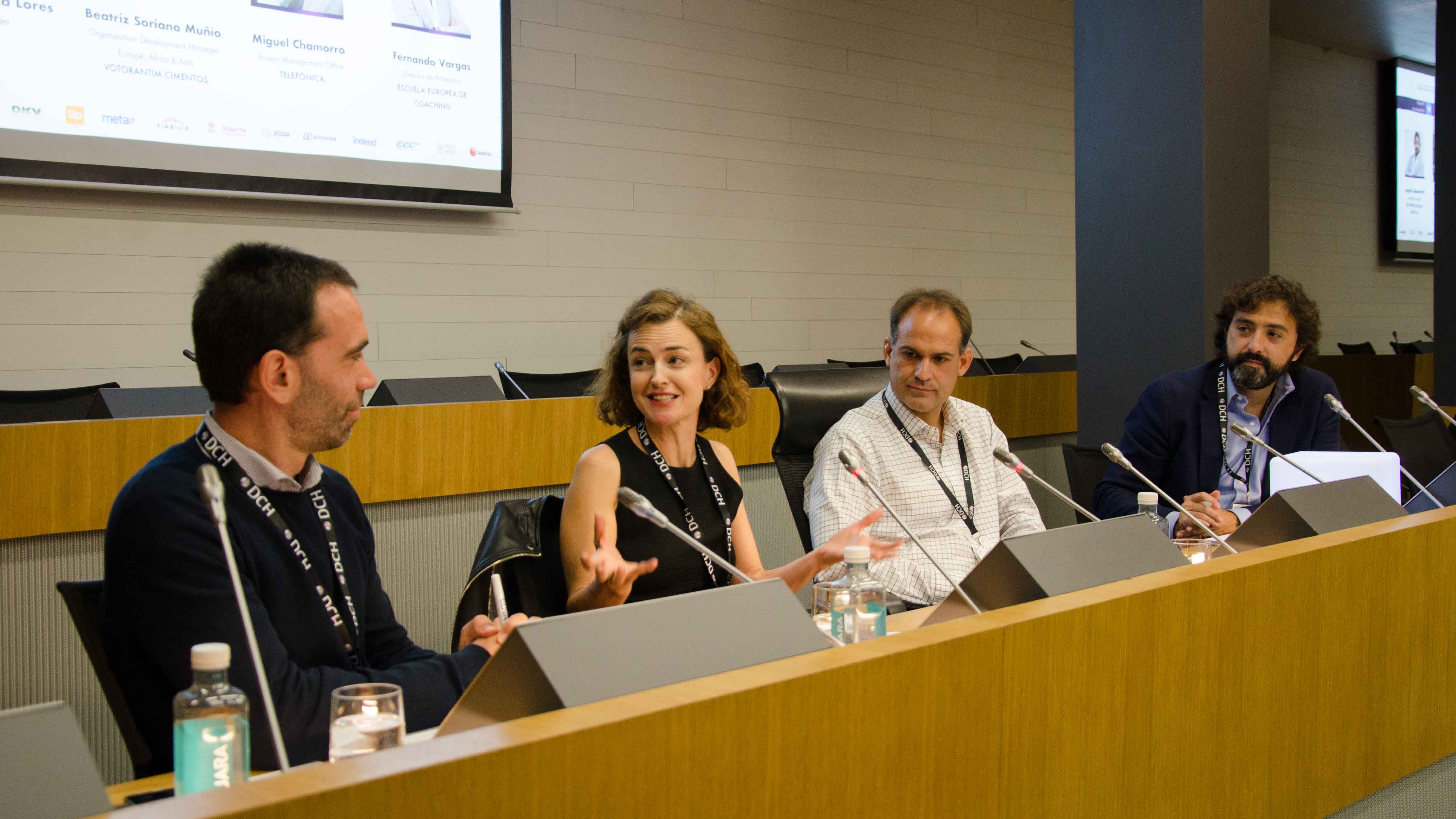 In Coca-Cola, they are committed to promoting change with the involvement of the company and employees, with the same goals. With programs aimed at women managers, the Girajovenes program, both based on three principles: acquire, train and motivate.
Marta Cotrina exposes us, from Endesa, an ambitious, long-term project, aimed at changing the mental paradigm in women, guiding them towards technical and technological careers. A project that enhances the presence of women in companies, starting at school, with practical and highly operational workshops, and which has the support of the Ministry of Education of the Community of Madrid.
The second Dialogue Table, on “People Analytics”, moderated by Francisco Marín, Managing Partner of FACTHUM DIGITAL and COGNITIVE TALENT SOLUTIONS, in which Ana Valera participated, People Analytics Manager of SECURITAS DIRECT, Fernando López Gil, Global HR Planning & Analytics Manager of MONDELEZ and Carla Martínez Castellet, People Data & Tech Discipline Lead of TELEFÓNICA. They talk about the studies they carry out in their companies to get to know their employees and what role they should have in the company. Identification of Talent and informal leaders of the change as leverage of influence and transformation of the company. 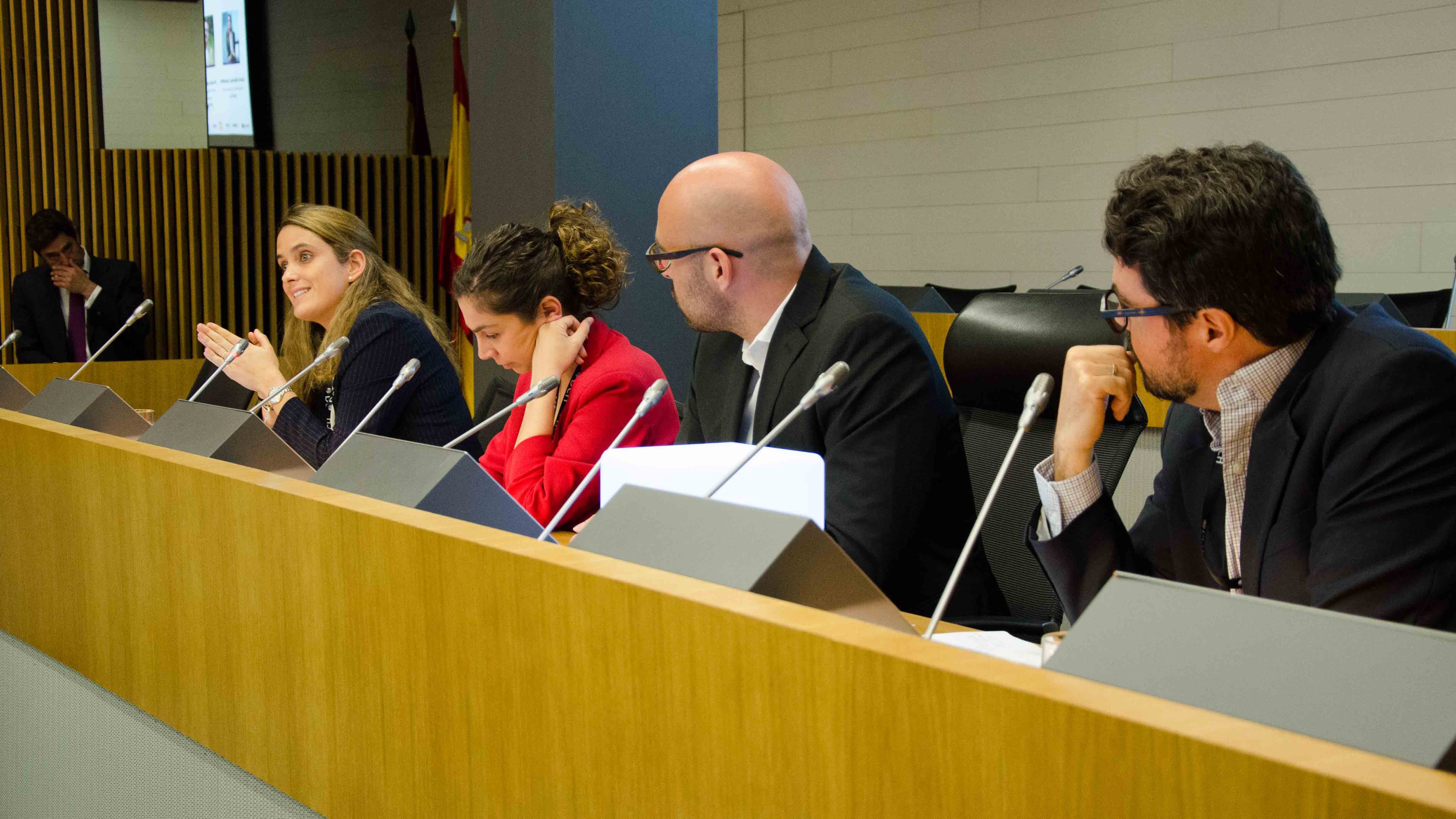 Of special interest, the ONA project, launched in Securitas Direct by Facthum Digital.
Projects aimed at identifying the development elements of people, in communication and collaboration environments.
After a brief break for a coffee, the meeting continued with the AGILE Dialogue on Methodology, moderated by Fernando Vargas, Project Director of the EUROPEAN COACHING SCHOOL, in which they spoke about their experiences on Agile Miguel Chamorro, Project Management TELEFÓNICA Office, Beatriz Soriano Muñío, Organization Development Manager Europe, Africa & Asia of VOTORANTIM CIMENTOS and Fernando Santaella Lores, Agile Discipline Leader of BBVA.
Three realities about the implementation of Agile methodology, in different sectors and in different degrees of implementation. Frames and work structures, increasingly agile and highly productive, with a high presence of technological tools.

After the intervention of Hugo Alonso, the meeting closed the day, in which Javier Vicente, HR Director of GRUPO COFARES (awarded 2017), Manuel García, Director of Human Resources of ELPOZO ALIMENTACIÓN (awarded 2018) and Andrés de Castro, Business Intelligence and Digitalization Projects Dept. of Health, Safety and Emergencies of SEAT have counted the practices carried out on health and sport in their companies, moderated by Federico de Vicente, Vice President Iberia & France of GYMPASS. GYMPASS is also a sponsor of the European Sport and Healthy Company Award, whose prizes are awarded each year in the European Parliament.

Undoubtedly, three large companies that bet on health through sports, whose results are high productivity and employee well-being, at all levels of the business structure.

The day ended with the summary and closing of Juan Carlos Tejeda, Training Director of CEOE and Javier Vicente, HR Director of GRUPO COFARES, in which talent and change were highlighted as the main topics of the meeting. 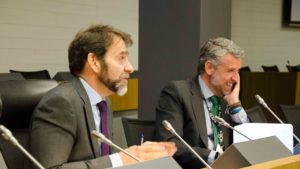 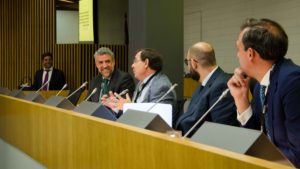 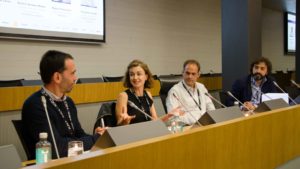 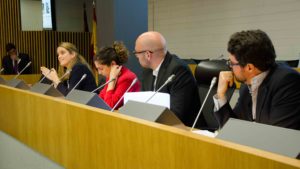 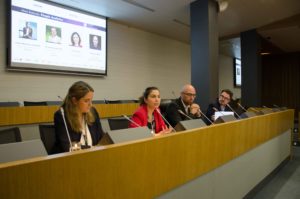 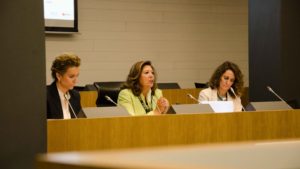 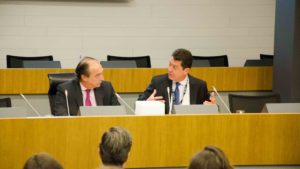